On July 24, the iVenture teams excitedly gathered into the Matter Medical Accelerator space to meet and talk with Sean Chou. Once the students sat down, Sean introduced himself as a former University of Illinois student entrepreneur. Since graduating from the U of I, he has built a company, Fieldglass, which went on to sell to SAP, and is now working on a new start up in Naperville, IL.  Gathered in a circle, Sean told his story about launching Fieldglass, how the idea came to be, and the process of staying grounded in a fast paced, lucrative business setting.

This talk was particularly inspiring for the teams because they were able to have a meaningful conversation with Sean. He was honest about his experiences, he offered useful advice, and he was incredibly humble about his successes. Students raved about how much they enjoyed this event with him! 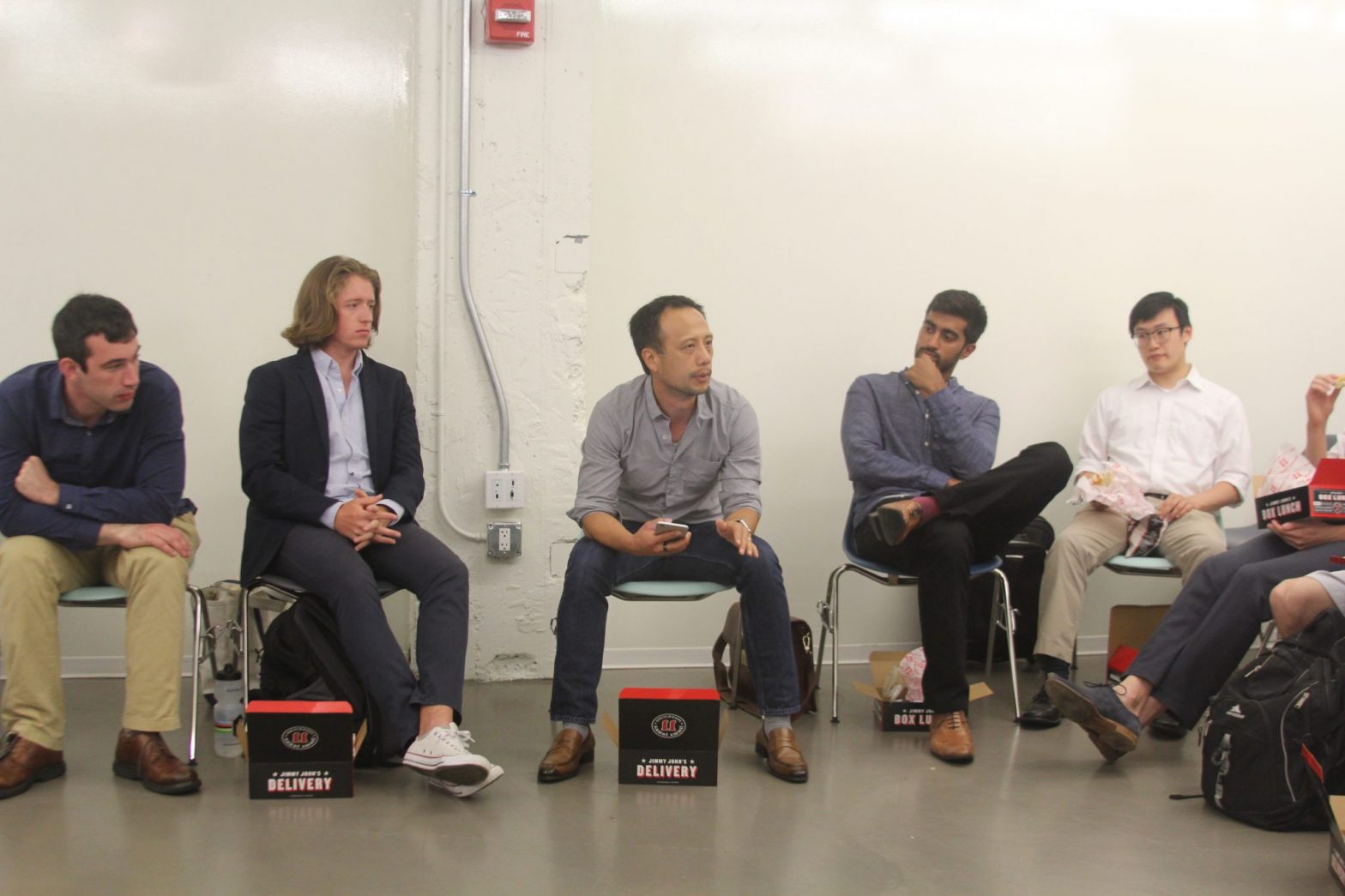